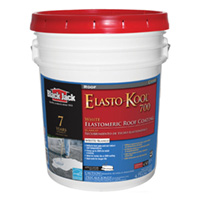 Besides doing the usual things such as properly installing and balancing a system, keeping it tuned up, performing regular maintenance and ensuring the systems are clean, are there other things that can improve the efficiency of an A/C system?

There just might be! Recently, we came across something new. It's actually something that's been around for quite awhile, but it's new to us. We'd been tangling with a periodically leaky roof and dreaded the prospect of investing tens of thousands of dollars in a new roof. Even though it needs some TLC, it does NOT need replacement just yet. In looking for options, we came across "Heat Reflective Paint", which also goes by Elastomeric Paint or reflective roof coating. There are a lot of names for it and even more brands of the coating: Elasto-Koat, Cool Rof, Ultra Koat, ThormoCool to name a few; we were shocked to see just how many brands there are. 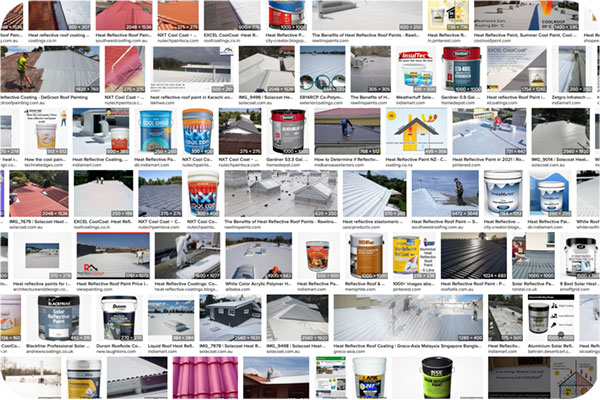 That's a whole lot of brands!

What began as an experiment to stem the leaks and put off fully re-roofing the building for a few years opened the door to the possibility of reducing energy costs.

The phrase "Heat Reflective Coating" kept popping up. What's that mean? Most of these coatings, whatever the brand, contain solids that reflect the sunlight away from the coated surface reducing the amount of heat and UV rays absorbed by the roof surface. That will reduce the amount of heat transferred to the interior of the roof. Does it actually do that? There's a lot of hype that says it does.

There are claims that this coating will drastically reduce the heat within a building, and in some way, even replaces the need for standard insulation. To be clear, this is not a substitute for standard, properly installed insulation, but does augment normal insulating material. As stated in Scientific American:

“Adding insulating paint should merely be the icing on the cake of an otherwise well-conceived plan to cut heating and cooling costs. Installing a traditional form of insulation would be the first defense. A reflective, radiant barrier on the roof structure in the attic also could offer significant help, according to the Florida Solar Energy Center.”

We began by thoroughly cleaning the roof, removing the debris, cleaning up areas where there was standing water, then pressure washing the entire roof 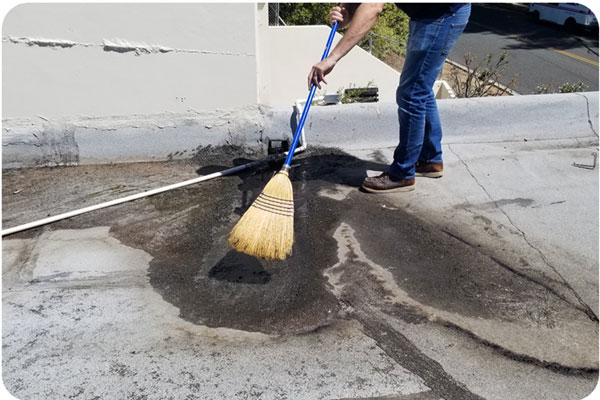 That was followed by the painting. You can see the worn spots on the existing roofing material. We patched any obvious cracks and separations, then painted the entire roof with the first coat. 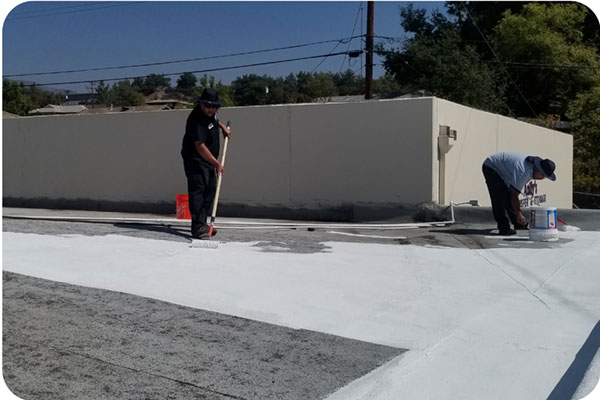 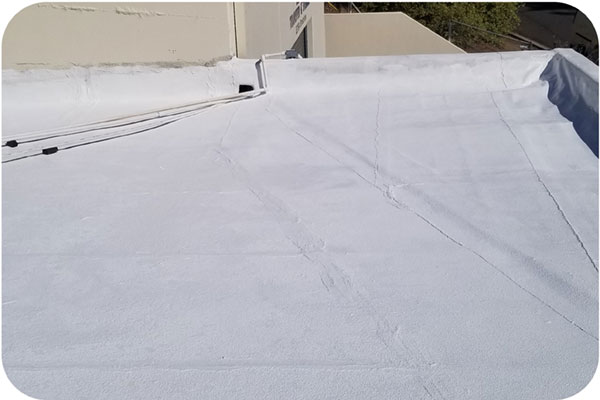 We followed up the initial coat with two more coats of paint giving a 24 hour cure time in between each coat. 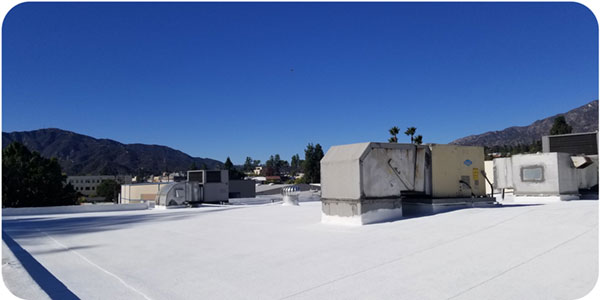 Not only does it look great, it completely handled the leaks we'd been having. Objective number one achieved!

But what about the potential added benefit of lower heating and cooling costs? We don't know the answer to that one yet. We did take some surface temperature measurements on the roof prior to applying the coating and then followed that up with readings after the coating was completed. The difference was actually staggering. 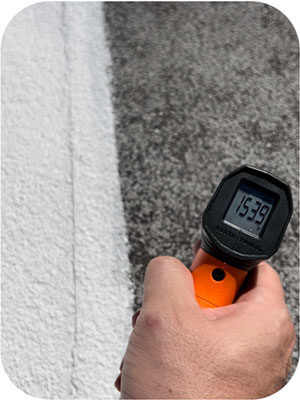 The temperature of the uncoated roof surface was 153° with the outside air about 90°. 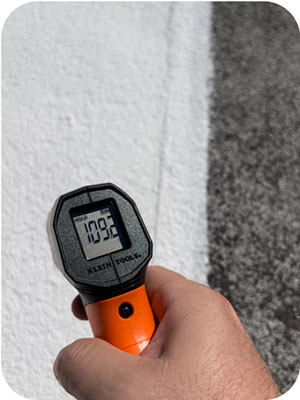 After the coating was applied, the surface temperature dropped a dramatic amount to 109°!

You would think such a drop would have an impact on the heat inside the building. Will it actually keep the building cooler and drop the utility costs? Only time will tell.

But that led us to thinking about rooftop ductwork. Could this be applied to the exterior of the rooftop ductwork? Even though rooftop duct is always lined with fiberglass insulation, could this reflective paint be applied to lower the temperature of the metal? It might make a difference. It's something we plan on doing some informal experimentation to see if there are any positive results. 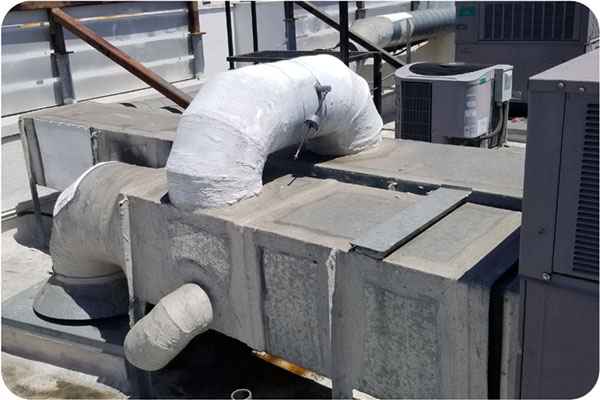 Again, this coating is NOT a replacement for properly installed thermal insulation, but at first glance, the added reflective properties of the paint will only enhance the insulating factors further reducing wear and tear on A/C equipment and lowering operating costs.

But we did achieve our first objective. No more leaky roof! How much benefit will we see in terms of operational costs? That's not clear yet. I'll let you know when we get those utility bills after the first heat wave next year.