Have you ever wondered or troubled over what ozone is all about?

We need an ozone layer and we are somehow destroying it with aerosols. Not sure what it is doing up there, but we need it, right?

Ozone can be damaging to the respiratory system, but is good to get rid of odors. What's up with that?

Isn't is just oxygen? Heavy oxygen with three atoms instead of two, but just oxygen isn't it? 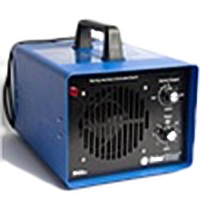 How the Ozone Layer works:

As I understand it, there is a process known as “the ozone-oxygen cycle.” Ozone is composed of three oxygen atoms (O3). It is an unstable molecule. When ultraviolet (UV) light contacts ozone, the molecule splits into a normal oxygen molecule (O2) and a single oxygen atom, simply called atomic oxygen. The atomic oxygen then combines with unbroken oxygen molecules (O2) to form ozone (O3). This cycle essentially absorbs the energy of the harmful UV rays. With the introduction of more UV rays, the cycle repeats over and over. Thus the ozone layer protects us from many of the harmful UV rays. So a thinning of the ozone layer can allow more UV rays through that can be harmful to life on the planet.

The inherent instability of ozone is also the impetus behind its ability to neutralize odors. Ozone is an oxidant. It easily gives up that extra oxygen atom, which combines chemically with an odorous source, producing another substance and oxygen. There can be other, more sophisticated chemical reactions as well depending on the chemical formula of the substance. But to keep it simple, this is the best explanation. 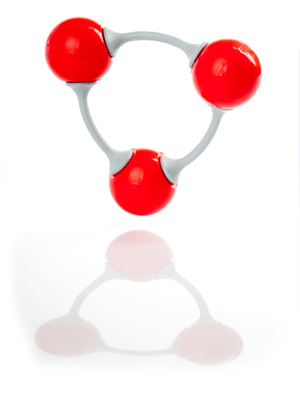 Oxidation can possibly be understood more easily by describing types of oxidation with which most people are familiar. Burning of wood or paper, etc., is oxidation. This kind of oxidation generally occurs quickly. Iron also oxidizes. It tends to be a much slower process called rust.

As an oxidant, ozone is also an antimicrobial agent. It can destroy a wide variety of microbial entities by oxidation. This includes fungi (mold), bacteria and viruses.

So as a potential tool for indoor air quality, ozone has two major advantages; the ability to neutralize odors and to destroy microbes by oxidation. Sadly, there is also a downside to this near miracle compound. Ozone can oxidize anything that is organic. Of course, the human body is organic as well. Applying ozone to organic and especially living tissue, cells will be destroyed. Microbial cells are destroyed – they die, sort of “burned up” by oxidation. Ozone attacks the outer shell of the cell and the cell falls apart. Since human bodies are made up of billions of cells, we don’t die. Cells are destroyed, however. The cell destruction can manifest in a number of primarily respiratory symptoms. These can include chest pain or tightness, shortness of breath, coughing and throat irritation. Itching and burning of skin have also been reported as ozone-related symptoms.

Ozone is indeed a remarkable compound for dealing with odors. It is not an “air freshener.” It does not cover odors with perfume. It truly does eliminate them. It changes the chemical make up so the offending compounds no longer exist.

But the elimination of odors cannot trump the hazards of being exposed to ozone and thereby developing health problems.

To deal with an offending odor with ozone, the location should be vacated. An ozone generator can be set up in the area and run with no one occupying it for a sufficient amount of time to neutralize the odors. Generally, 24 hours is enough, but individual situations might require more or less time according to the nature and intensity of the odor and the amount of ozone produced.

Two instances of ozone use might be indicative of the two sides of the ozone coin. 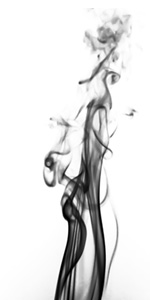 I had a client who asked me to inspect an apartment in a house he had recently purchased. His complaint was that he was unable remove the odor of cigarette smoke. The former occupant had been a heavy smoker so the place reeked of old smoke residue. He had the place cleaned and scrubbed and the situation improved some, but the smoke odor was still quite unpleasant. He wanted me to inspect the area to find if there were locations the cleaners missed and/or to find a solution. I was able to find a few spots that were missed by noting a yellow tinge to the paint. It was minimal, however. I sniffed at electrical outlets and could smell a smoke odor inside the wall cavities. The cigarette smoke had penetrated the wall interiors. Ozone was the only solution I could see for his problem. After some questioning, I learned that he owned an air cleaner that produced some ozone as one of its functions. I had him get it and set it up for him to produce maximum ozone. We closed the windows. I instructed him to run it for 24 or more hours. When the time came he was to come in and shut off the ozone, open all the windows and allow the room to air out for a few hours. He was to come back later and see if the smoke odor was still present. If so he should repeat the same operation exactly. He was able to eliminate the odor in 24 hours and no further actions were needed.

I did some IAQ work for a woman. I believe it had to do with mold, but I don’t recall specifically. Toward the end of my visit, she asked me about getting an air purifier. I essentially told her that it might be helpful. She called me back a few days later and had me come back out. She thought she must be having another mold issue because she had a problem with a rash and itching of exposed skin. When I arrived at her home, I noticed a somewhat pungent odor that I recognized as ozone. I saw the air purifier she had purchased. It was set for maximum ozone production. It was a fairly small room. I turned the ozone to the minimum setting and had her open the door and windows. I instructed her to adjust the ozone to her own comfort, but if she could smell it or noticed any more itching or respiratory issues, to turn the ozone production down. I also educated her on symptoms resulting from ozone production.

Ozone is a double-edged sword. It is capable of great good and some evil. Similar to its fellow oxidant, fire, it has to be controlled so it can be harnessed to produce favorable results.