Buying an existing house that has been previously occupied can present a number of unknowns. You have to keep in mind that this house has the residue of the lifestyle of the previous occupants. Many of these can be put to rest by inspections by various experts. Potential mold situations are areas of such concern.

While in the State of California, homeowners are required to disclose any previous mold problems, you can never be sure that such problems actually are disclosed or if there might be mold issues of which the owners are not aware. Taking every possible precaution to determine whether or not there is hidden mold in a house can become very expensive, so I generally recommend certain steps that usually can remain relatively inexpensive. 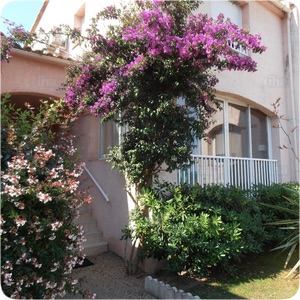 Before any testing is done, the whole house should be visually inspected. The inspection is to look for indications of contamination generally, and/or signs of water intrusion specifically. My procedure is to inspect the exterior perimeter of the house for planters connected to the house; for indications of irrigation water impacting on the exterior walls; how rainwater runoff is channeled; if a yard is landscaped toward the house; and any other indications of potential water intrusion. Inside the house, my inspection is usually done with the help of a non-invasive moisture meter. In addition to observation, I test all exterior-facing walls for moisture readings plus areas directly below windows. In addition to the exterior walls, I also check all walls for moisture that have plumbing fixtures in the vicinity. The fixtures of concern include sinks, toilets, showers, water heaters, etc. Along with moisture testing, I look for indications of water intrusion into walls, including “popped” nails, bubbled paint, swollen baseboards or baseboards pulling, even slightly, away from the wall. I will check the attic for indications of rain leaks, but that is often well covered by more general home inspectors. 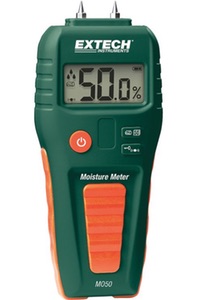 If I see indications of water intrusion into walls, even if moisture levels are normal, I will recommend pulling an air sample from the wall cavity if possible. In the case of a house in escrow, this is usually only possible if there is an electrical outlet or some other wall penetration that can be used rather than the necessity of drilling a ¼ inch hole for the probe. The homeowners usually object to that. Usually, there are outlets or phone jacks or cable TV penetrations in the general vicinity that can be used. Only if there are odors that suggest active mold growth do I recommend ambient air sampling for mold spores. If I feel that any sampling is called for, I confer with the client to explain why I think it is needed prior to taking the samples.

I generally don’t inspect the HVAC system unless there are compelling reasons for doing so. This is because I generally recommend that if you move into a house that has been previously occupied, you should have the HVAC system including the ducts thoroughly cleaned to National Air Duct Cleaners Association (NADCA) standards at around the time of moving in. This is recommended simply because you are inheriting much of the lifestyle of the previous occupants that have been preserved inside the A/C system.

The above actions, taken step by step as needed, represent probably the most comprehensive and frugal course for determining if there are mold problems in a house where there are no specific complaints.