Some time ago, I read an article in a trade publication. The issue was the health effects of mold toxins, which continues to be negated by many clinicians. The author was an M.D. and stated that the only three reasons to clean up mold were health, structural integrity and aesthetics, and that the two latter are much less dramatic than the former. Indeed! Most would agree that damaging one’s health really is more dramatic than damage to a structure or one’s artistic sense. The writer then goes on to iterate his viewpoint – what he calls “important truths” about mold and health. He quickly adds that “mold promoters” might try to challenge his statements but that the responses will be based on wishful thinking and speculation with no scientific credibility. And you thought that established conclusions prior to the argument had been abandoned after Galileo or Copernicus or Columbus or …! 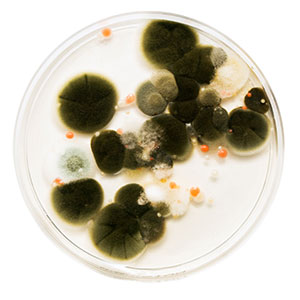 Now for this gentleman’s “facts” - Outdoor mold spore levels taken as a whole can be many times higher than indoors yet some “mold promoters” encourage homeowners to evacuate their residences when indoor levels are much lower. My counterpoint is that he is comparing total mold spore levels with outdoors, but the types of mold that are likely present due to water damage to building materials are often the ones about which we must be concerned. Sampling for mold spore levels indoors is primarily done to determine if mold growth in the vicinity is having an effect on ambient air. The levels can vary widely according to numerous conditions. There is also reason to believe that mold growth on chemically altered materials might have more detrimental effects than those growing on natural ones.

The clinical types (scientists), whether they are medical doctors, microbiologists or mycologists, argue that there is no scientific evidence that mold toxins cause any illness. Yet experience in the field from air quality consultants and technicians find virtually limitless contradictory data. Admittedly, their evidence is anecdotal and sans double-blind studies, but unless the claims of hundreds of thousands of individuals are bogus AND tens of thousands of mold consultants are also bogus or simply mistaken, maybe there is something to this. (Also see my article “Taming the Wild Debate on the Health Effects of Mold Exposure.”)

A case in point is one I happen to be very close to. I have become good friends to a couple who had to leave their apartment due to mold infestation. The infestation was with a heavy growth of Penicillium/Aspergillus and Stachybotrys primarily due to a hot water pipe break under the house that apparently went unnoticed for some months. I inspected the apartment, so have first-hand knowledge of this. He was a successful actor who was in such demand that he would be called to do commercials without the necessity of an audition. She was successful in a number of fields including as a fine arts representative and an administrator in the film industry. They became so ill that they were unable to work for long periods. His voice became weak and raspy due to nodules on his vocal cords. They spent many years trying to get some compensation for their illness and exposure to no avail. It appears that their legal representation was faulty. Certainly, if this case had been found for the plaintiff a devastating precedent would have been set that could have had far-reaching effects on the insurance industry.

I have suspected for a long time that justice is a distant secondary consideration in the legal system. My observations included their legal counsel’s failure to ask the right questions or to take advice from experts in the field. I have followed the case for the entire time. They managed to live on his commercial royalties until they ran out. They have struggled since that time, often being homeless. Just now they are beginning to get on their feet due to a friend inviting them into his house. They still have serious health issues including asthma, shortness of breath, fatigue and body aches. Any exposure to molds exacerbates these conditions.

When I first started in this field the well-known case of the infants in a Cleveland ghetto who suffered from bleeding lungs was one used to illustrate the dangers of mold exposure. Since then the Centers for Disease Control (CDC) have rescinded the study saying the science was poor. It probably was poor science, since it Stachybotrys was the only mold mentioned. It was pointed out that there is no evidence that Stachybotrys causes bleeding in the lungs. I find it curious, as I have pointed out before, that there is no mention of Aspergillus, which is a mold type commonly associated with water-damaged building materials. What might be the health effects of these two mold types in combination? Stachybotrys toxins are associated with suppression of the immune system while some species of Aspergillus are infectious for immuno-compromised individuals. Aspergillus infection, or Aspergillosis, can cause bleeding in the lungs. As I recall nothing was offered as an alternative diagnosis from the CDC.

If I really cared what some in the “scientific” community thought of my profession and me, I suppose I would be offended by some of the allegations, but I can only tell the truth as I observe it. I’m sure most of my colleagues agree. Some years ago I attended a seminar in which a prominent mycologist made similar arguments to that of the referred to M.D. that there is no scientific evidence that mold toxins cause any illness. So I spoke with a number of seminar attendees to see if I was the only one who took issue with the implied conclusion that mold toxins are essentially harmless. All I spoke with agreed with me. Now it could be, as is suggested by some who hold the position that “mold promoters” have some economic or political interest in accentuating mold “phobia,” that my colleagues have sold out. For me though, I’m still waiting for the money. Some of my friends in the field tell me the same thing.

Finally, we get to the point of this M.D. reducing the mold controversy to a syllogism. “I feel sick; there is mold; therefore, the mold made me sick.” The M.D. to which I refer. calls this circular logic that doesn’t work either logically or medically. I wouldn’t call this “circular” reasoning necessarily, but it is a faulty syllogism. How about this one, “I always feel sick in my house; I feel better when I’m away for a while; therefore, something in my house makes me sick.” Or try this one, “I always felt sick in my house; after proper mold clean up I no longer get sick; therefore, the mold was making me sick.” Admittedly, none of these statements are perfect syllogistically, but they do make sense.

Just keep in mind that conventional science has often been wrong. I can think of several recent examples, but it would not be politically correct for me to mention them. Much of the scientific progress in this world has been due to individuals taking issue with accepted scientific “fact.” I think this is a pattern that will continue.