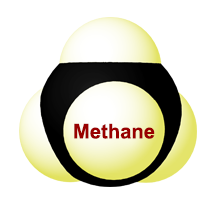 It is a colorless gas, odorless gas made up mostly of methane but often also containing lower percentages of butane, ethane, pentane, propane, as well as carbon dioxide, oxygen, nitrogen, hydrogen sulfide, and trace gases. There can be wide variations in the content of natural gas. It is quite flammable. Some of these more minor components are captured in the refining process and used commercially.

Natural gas is odorless, but there is an odor that is added to it when used as fuel for heating and other energy uses. That odorant is called mercaptan. Some describe it as a “rotten egg” smell, but I relate it more to a garlic odor.

There is currently no published exposure limit, but a Threshold Limit Value (TLV) exposure over 8 hours of 1,000 parts per million (ppm) has been proposed by the American Conference of Governmental Industrial Hygienists (ACGIH). More scientific exploration of this subject is recommended. Natural gas and gas components are asphyxiants, meaning they displace air that essentially causes suffocation. 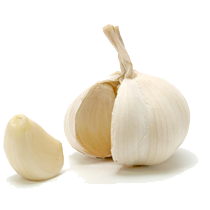 If you detect an unusual smell, especially one similar to garlic or rotten egg odor, investigate until you find the source and eliminate it.

A rotten egg odor can be sewer or a malfunction with a large battery, but the source should be discovered and dealt with regardless. Other than actual garlic, I don’t know of another source for a garlic smell other than the odor added to natural gas.

Short time exposure to relatively small amounts of natural gases is not harmful. Longer-term exposure to sufficient amounts can cause shortness of breath or rapid breathing, changes in skin color, increased heart rate, coughing, wheezing, sweating and confusion. Continued exposure can eventually result in death due to suffocation. Exposure to liquid forms can cause frostbite.

Natural gas is a fossil fuel and is generally acquired by drilling deep into the earth where it is often found with petroleum deposits. It can also be found much deeper in the earth. Methane can also be acquired from waste landfills. Bogs and other organic waste sites can also be sources.