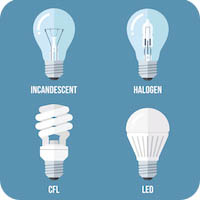 There was a new law enacted in 2007, “The Energy Independence and Security Act of 2007”

The intent of the law, signed by President Bush, was to fast track the improvement of energy efficiency across the board - from alternate energy production technology to the topic of this article, light bulbs. The various mandates of the law had phasing in time-table for implementation. The changes effecting lighting majorly went into effect in 2020 along with what's gone on in the "great lightbulb race" since 2019. 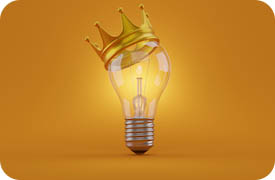 Through the 2010s, incandescent light bulbs were still king - the very ones patented and marketed by Thomas Edison in 1880. These are the bulbs most of us grew up with. They provided the most pleasing light, they were the least expensive and easiest to produce. 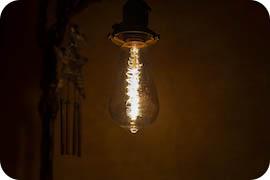 However, they are also woefully inefficient converting only 5% of the electricity they consumed into light, while the remaining 95% converts into heat.

When you consider that there are countless billions of light bulbs across the globe, that is a horrendous waste of energy along with the natural resources required to produce that energy. There had to be a better solution, and the law was intended to nudge research and development in that direction.

It is evident now that LED lighting is coming out on top of that race.

CFL lights operate like the long tubular fluorescent light we’re all familiar with, but are small devices that screw into a lamp as do traditional light bulbs. They are spiral glass tubes containing a gas that lights up when electricity is applied. They are relatively inexpensive and long lasting, But they’ve taken a back seat to LEDs for a number of reasons including their fragility, they contain some toxic materials requiring special disposal and they do not have the wide range of applications that LED has.

OLED lighting, while intriguing, is still in its infancy in terms of general lighting, plus it is ridiculously expensive. It’s got a long way to go. At this time OLED is pretty much limited to use in television displays, phones and other electronic devices.

Unfortunately, the issue of incandescent light bulbs became somewhat of a political football as do so many other things these days. In 2019, a rollback of the mandates of the law was signed by President Trump delaying portions of its implementation.

But by that time, the rapid growth of technology and plummeting costs of LED lights along with numerous studies validating cost savings and lowered energy use had boosted the popularity of LED for general use. it appears that the public is embracing LED lights as a truly viable and superior alternative to incandescent lights.

LED has, however, had its challenges.

All of these things have been addressed to one degree or another making LEDs even more advantageous. The cost has dropped dramatically, the light spectrum issue has been handled with newer LEDs covering a higher range of the visible spectrum - you can buy LED lighting that measure 2700K (the same color temperature of warm incandescent bulbs), You can buy LED lighting for just about any application from accent lighting to spotlights, to general room illumination.

At this time, the race to decide which technology is preferable seems to be a done deal. LED is not only more environmentally friendly, LED. has the following advantages:

So what does this have to do with duct cleaning?

Not much, really, but it does have a lot to do with cleaning up the environment. It’s been, so far, a win-win solution.

As an additional little bonus, I found this article which gives a great deal of practical data regarding LED lighting in a home. It's obvious this person did a lot of research. I found it helpful! 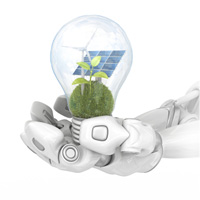