Legionnaire’s Disease is a bacterial infection of the lungs brought on by a type of bacteria commonly found in water supplies. This bacterial type was first isolated when a number of attendees to an American Legion convention came down with a mysterious respiratory illness. A number of those who contracted this disease did not recover. This was the beginning of the fearsome reputation of Legionnaire’s Disease. The newly discovered bacterium was named “Legionella.”

There are actions that can be taken personally to decrease the likelihood of being exposed to Legionella and becoming ill as a result. These actions will be covered later in this article. 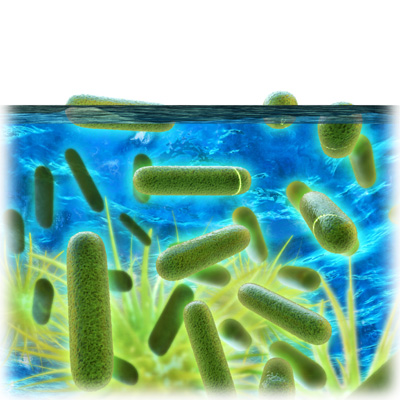 It is estimated that there are thousands of occurrences of this disease every year. Very frequently it is diagnosed simply as pneumonia. It has been determined that the primary reason for the high mortality of the first known encounter with Legionella was due to the patients who contracted the disease. They were all older men who smoked and drank and therefore had a low resistance to infection. Nevertheless, Legionnaire’s Disease is even now rarely diagnosed. There are estimates that 30 to 40% of pneumonia cases where the cause is unknown may be due to Legionella exposure. As many as 25,000 deaths per year are attributed generally to pneumonia may actually be Legionnaire’s disease.

Symptoms of Legionnaire’s Disease include fever, hacking cough, abdominal pains, diarrhea, headaches, body aches, fatigue, and weight loss. All symptoms may not be present in all patients, but these are the symptoms to look for.

Pontiac Fever is another disease that is caused by Legionella. This disease is characterized by flu-like symptoms. People who suffer from this disease usually get well on their own in a few days. Why two different diseases result from the same bacterium is an unanswered question.

There are no indications that either disease is spread from person to person. Evidence strongly suggests that these diseases are contracted in a manner similar to the way the Legionnaires became ill, by inhaling water droplets from Legionella contaminated water sources. Legionella can proliferate in water temperatures between approximately 65 and 130 degrees Fahrenheit.

Considering Legionella-friendly water temperatures, the suggested setting for water heaters at between 110 and 120 degrees for energy conservation should be reconsidered by my estimation. At these temperatures, hot water supplies are at an ideal temperature for Legionella to grow and prosper. So what is resulting in energy savings could be endangering the health of thousands. At the suggested temperature settings a person would be particularly susceptible to Legionella exposure in a shower or whirlpool bath.

If your office building or an adjacent office building has a cooling tower satisfy yourself that it is being properly maintained. Question your safety officer or the maintenance personnel responsible for maintaining the system. Questions should include how often the cooling tower is flushed and cleaned; what standards are used for maintaining biocide levels and how often are they checked.

Ensure that potable water systems are properly maintained by periodic checks for Legionella. Ensure any water heaters in the building are not set to energy conservation levels but at a temperature that will not be conducive to the enhancement of Legionella growth.

We are all responsible for our own health and safety plus that of our families.