As water evaporates, it becomes what we call water vapor or humidity. This moisture can rise and form clouds. It eventually condenses and we get rain...or snow...or sleet...or hail. Humidity that remains relatively close to the ground can become your morning dew as the temperature drops at night. But we are more concerned with indoor air.

The American Society of Refrigerating, Heating and Air Conditioning Engineers (ASHRAE) recommends the relative humidity be maintained between 30% and 60% inhabitable spaces. Other authorities generally agree with these figures. This is for temperatures between 68 and 76 degrees F. While acceptable in a general sense, we can drill deeper to impart a bit more understanding of how humidity levels can affect the indoor environment. 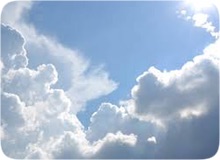 Humidity levels that are particularly low can cause dry skin and mucous membranes. This can result in skin irritation, dry eyes, sinus problems and irritation of the respiratory tract.

If relative humidity levels are particularly high, it can foster fungal growth and even at moderate levels can encourage dust mite proliferation. Higher humidity can also increase the off-gassing of organic compounds, including formaldehyde, thereby increasing exposure to chemical compounds. 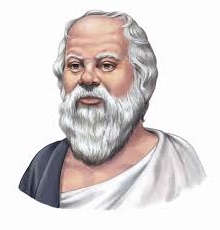 There is an ancient philosophical principle called "moderation in all things." The origin of this principle was established as even prior to Socrates, but both Plato and Aristotle were known to have written about it. This principle is applicable to relative humidity. Keeping relative humidity at close to the center of the ASHRAE recommended range is comfortable for most humans and is not for dust mites and any other critters that require high humidity to serve as a water source. It's not so low to cause irritation to skin, eyes and mucous membranes and not high enough to foster fungal growth. Based on this data, the more ideal relative humidity range is between 40 and 50%. So maintaining relative humidity at around 45% meets all these parameters.

There are many potential sources of water inside a structure if relative humidity levels tend to be higher than outside at a similar temperature, but that can be addressed in a separate article. 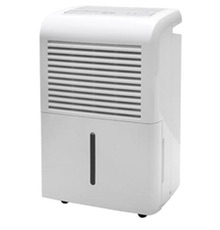 Generally, if either humidifiers or dehumidifiers are used, there are precautions that must be taken to ensure they are not producing more negative than positive results.

Humidifiers should use very clean, preferably distilled water. The water containers should be cleaned daily to prevent microbial growth (bacteria, mold, algae). In terms of commercial HVAC systems using humidifiers, only clean, potable water should be used, not boiler water that can contain potentially harmful chemicals.

Using dehumidifiers, the water that is taken out of the air should ideally be directed immediately to a drain, such as to a sink, using hose or tubing. If a reservoir is used to collect the water, it should be emptied at least daily and cleaned regularly, again to prevent microbial growth.

Controlling moisture is a major factor for maintaining a healthful environment.