Tom Pula
The History of Cool

Throughout the year's air conditioning has become a necessity for our day to day activities. It has become the norm for cars, homes and office buildings to be equipped with air conditioning systems. In the late 1800's it was a mere curiosity for engineers to think of cooling buildings, and while the idea had been pondered and discussed, it was not until the early 1900's that the concept of refrigeration technology matured to the point that it could be considered for applications such as cooling buildings. Currently, these types of systems are referred to as HVAC (heating, ventilation and air conditioning) systems. 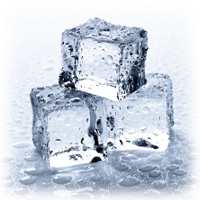 Early stages of building cooling systems were installed using ice and other means of mechanical refrigeration, but the unreliability and massive difficulty of such systems did not open the door to broad use. It wasn't until Alfred Wolff, an early pioneer in detailing the physics of heat transfer, along with several other leading engineers, developed and put into use the first large scale air conditioning systems installed in such facilities as Carnegie Hall and the New York Stock Exchange. In the NYSE building, Wolff introduced such innovations such as using the waste stream from the building's electric power plant to operate the refrigerating machines thus reducing the air conditioning costs to nearly zero. 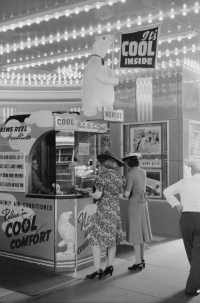 But the infant industry never gave up. In 1917, the rest of North America began to experience the unique experience of air conditioning when movie theaters began to install their own cooling plants. As the temperatures rose, people found movie theaters to be a haven to the unbearable heat waves.

By 1930, many larger offices and department stores had installed comfort cooling systems in their buildings. That was when the idea of Air conditioning for homes and small offices began to build momentum, but such applications presented greater challenges, and “refrigerator companies” as they were known at the time, put their skills and knowledge of engineering to the test. Although it was Carrier Corporation that got air conditioning off the ground, it was Frigidaire who introduced the first "room cooler system" that became the benchmark for small systems to serve homes and small offices.

By the 1930s, these companies were combining cooling and heating technology with central home air conditioning systems, circulating filtered, temperature controlled air to all of the rooms in a house, office, or business. The cooling system has come a long way from being a mere luxury to becoming a necessity and eventually evolved into the industry that we know today. So our hats off to all the engineers for making our lives more cooler and comfortable and the modern day technicians who keep it that way!