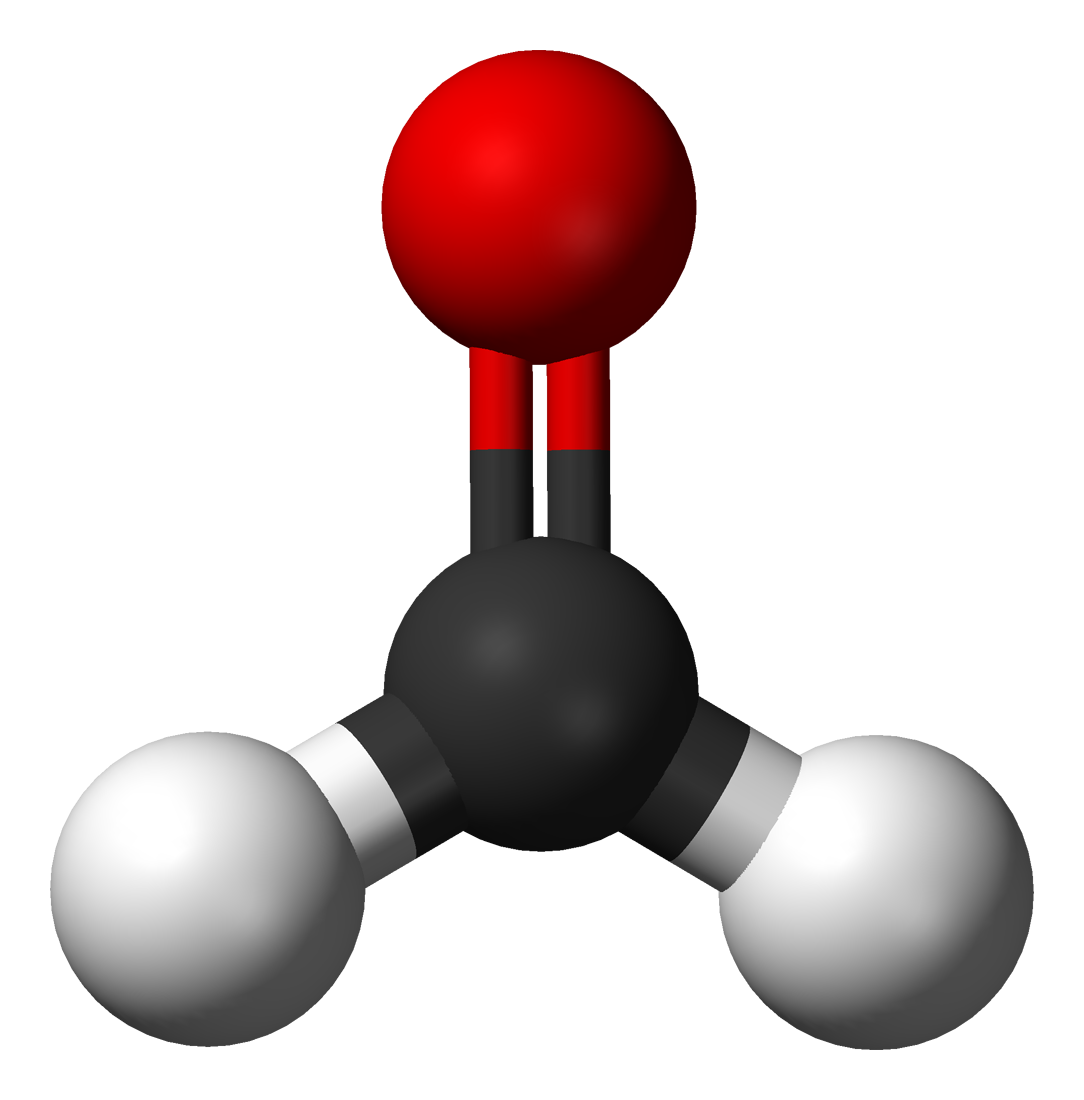 Formaldehyde is a commonly occurring colorless compound. It is soluble in water and alcohol. Formaldehyde is broken down after a few hours by sunlight and/or bacteria in soil or water. It does not accumulate in the environment or in the human body.

Formaldehyde has a strong, pungent and irritating odor with a relatively low odor threshold. (It doesn't take much of it to smell it.)

Formaldehyde is slightly heavier than air.

The major use of formaldehyde is in production of pressed wood products like plywood and particle board. A wide variety of other products use formaldehyde in their production. This includes carpets and adhesives.

Formaldehyde is flammable at room temperature.

New furniture and carpeting can often produce symptoms in people that spend considerable time in the vicinity. This is especially the case with desks and other furniture constructed primarily of particle board with a veneer. The effects on occupants will likely vary in inverse proportion to the volume of outside air provided to the area. The offending gases will eventually off-gas and have lesser effect. The speed with which that happens depends primarily on how much air is brought in from outside and how quickly. Outside air, producing more air change, must be increased to decrease adverse effects on occupants. Carbon filtration should also be considered.

A financial company had complaints from a number of agents who came into the building early due to our three hour difference with the New York Stock Exchange. This was an hour or two before the ventilation system started. They complained about symptoms including respiratory irritation and headaches. We immediately changed the start up of the ventilation to accommodate their arrival time. After a considerable amount of conversation as well as inspection and testing, we discovered that around the point when the complaints started or increased that they had replaced the carbon-treated filters with regular ones. Once that was reverted the situation vastly improved.

Another company that I had done a good amount of work for on mold contamination complained about one of their executives getting sick with headaches, sore throat, etc. I did check the room for mold, but noticed that the furniture looked new and there was a slight odor upon entering. Some questioning revealed that the executive began feeling poorly almost immediately after the new furniture had been brought in. It had a luxurious veneer, but that was over particle board. I didn’t even need to test for formaldehyde. I had them increase the volume of outside air to flush out the off-gassing formaldehyde. The complaints diminished almost immediately once this process started. I also recommended carbon treated filters.

I have a caution for everyday life. Clothing coming from overseas, especially from China, is often treated with formaldehyde to keep them looking new and/or to resist wrinkling. So washing new clothing prior to wearing will help reduce the possibility of adverse reactions to formaldehyde.

Exposure to airborne formaldehyde levels above 0.1 ppm can be irritating to eyes, nose and throat. As concentrations increase the irritation increases. Headaches and skin rashes are also reported. Concentrations of 100 ppm are dangerous to health and can move rapidly toward death.

It has been reported that formaldehyde is potentially a human carcinogen.

In the environment, formaldehyde is found in the atmosphere and in smoke and exhaust from various sources. Most organisms produce small amounts metabolically.

There are a small number of methods for producing formaldehyde commercially. The most used process is by oxidation of methane. I won't go into the actual chemical process, but you can find it on the internet.