Steve Huff
What to do in Fires!

A Number of years ago during San Diego fires, I served as a consultant and performed environmental testing of a number of buildings in the vicinity of the fires.

According to that experience, the most effective actions I have found to reduce exposure inside commercial buildings seem counter-intuitive. The same principles would apply for residential buildings provided the HVAC systems are equipped with outside air intakes. 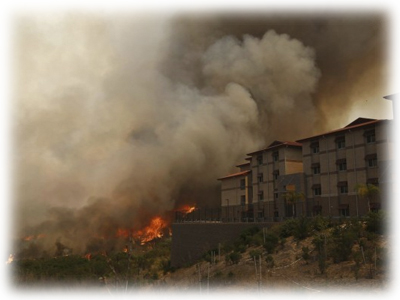 The tendency under such conditions is to completely close off the outside air intake and to close up the building as much as possible. The problem with this solution is that no matter how tight you make the building, you will still get unfiltered outside air coming in. This became most evident to me when I was performing airborne particulate testing during such a period. With the outside air disabled or closed, particulate levels spiked around windows and doors. The highest levels I found were around French doors for patios or decks.

Whenever there is no outside air brought in via the HVAC system, you can depend on the building being negatively pressurized. With exhaust fans in restrooms and or kitchens running, makeup air has to come from someplace and these places are, more often than not, around doors and windows.

So what should be done?

First of all, make sure you have the best filtration possible available. Carbon treated pleated filters would be acceptable. Pleated filters are better at filtering out small particulate than flat filters. The carbon will filter out a fair percentage of the gases produced by fires. More highly rated filters such as HEPA (High-Efficiency Particulate Arresting), would be even better, but you need to check with your HVAC contractor to determine if your system is powerful enough to pull air efficiently through these denser filters. You want the outside air intake to be open, not necessarily to maximum, but enough to make sure that the building is positively pressurized when the fan is running. And the fan should run continually 24/7, at least until the smoke has been cleared from the air. I would recommend that the fan should run for a week or maybe more after the smoke has visually been cleared from the air. 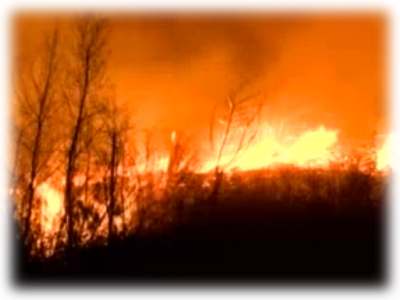 By taking these actions, you will be substituting unfiltered air infiltrating from outdoors for air being filtered (and re-filtered as it re-circulates), removing particulates and gases.

The rationale is that you will be getting air from outside no matter what, so get the considerably cleaner air via proper filtration.