For many years, fibrous glass or fiberglass, has been the standard material for thermal and acoustic insulation in air conditioning systems. As the health hazards of asbestos became more broadly known and the use of it was phased out from the late '60’s to early '80’s, fiberglass became the “default” insulation to be used in almost every phase of construction including air conditioning. 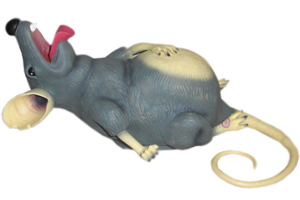 It has proven to be an effective insulating material but has not been without concerns regarding health and safety. A famous study conducted by Dr. Mearl F. Stanton of the National Cancer Institute between 1969 and 1977, showed that particles of fiberglass were carcinogenic to animals. For reasons not entirely clear, those studies were not continued or pursued to determine the exact short or long term health effects on humans. To this day, there is considerable discussion about this, but there are no definitive studies showing any connection between fiberglass and cancer in humans.

While the U.S. Department of Health and Human Services issued a report in 1994 stating that fiberglass is “reasonably anticipated to be a carcinogen,” they issued a disclaimer that this did not apply to general consumer exposure. The disclaimer did not go on to explain whether a “general consumer” is a different species of human or not, but the inference is that a general consumer has different exposure levels than one working in the industry.

"Health Effects There is insufficient evidence that synthetic mineral fibers cause respiratory disease in humans. Results from animal experiments have led to conservative classifications of certain synthetic mineral fibers as possible human carcinogens. Specifically, insulation glass wool, continuous glass filament, rock (stone) wool, and slag wool are not classifiable as to their carcinogenicity to humans.”

It is, however, interesting to note that currently, the largest manufacturers of fiberglass building and insulation materials are the very same companies who were previously the largest manufacturers of asbestos products and who for decades asserted that asbestos posed no health hazards. They have each since filed bankruptcy and restructured to form a special “personal injury trust” to handle the hundreds of thousands of lawsuits resulting in billions of dollars of settlements and judgments.

As noted above, whether fiberglass is “safe” or not is still a question that hasn’t been fully answered. However, there are things we DO know. The only generally agreed upon fact is that fiberglass is an irritant, something that anyone who has worked with or around that pink fiberglass insulation in their attics has personally experienced. Contact with fiberglass can cause skin irritation, as well as irritation to the eyes and upper respiratory system.