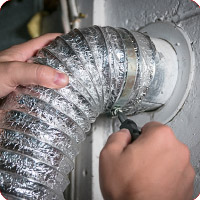 The lowly dryer exhaust vent is located in the dark underbelly of almost every home. It is often installed as an afterthought by busy contractors and even then it frequently is done in a sloppy manner with little thought given to its actual function and importance.

We’ve all seen the promotion pieces sent out by dryer vent cleaning services - the flyers and ads always show some variation of the following two photos.

However trite and worn these pictures are, they are accurate and true. We’ve seen thousands of them. Poorly installed, not maintained, disconnected or allowed to get clogged up, the lowly dryer vent can result in any number of problems from towels that never quite dry, to higher gas bills, to broken down appliances, or at worst, a house fire since lint is generally quite flammable.

There are a lot of things that should be inspected and considered in addition to the duct itself, most of them easily remedied. 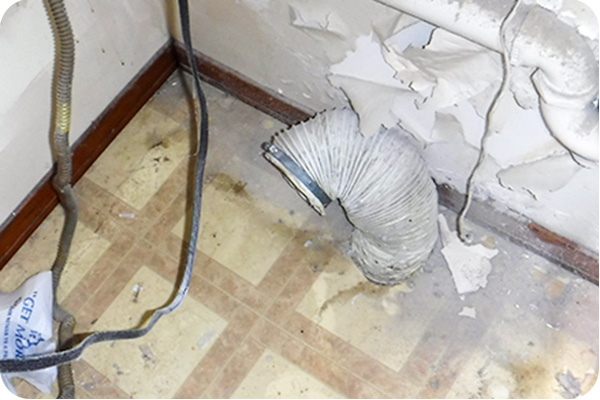 Is the exhaust duct actually connected to the dryer? You'd be surprised how many are in this condition! 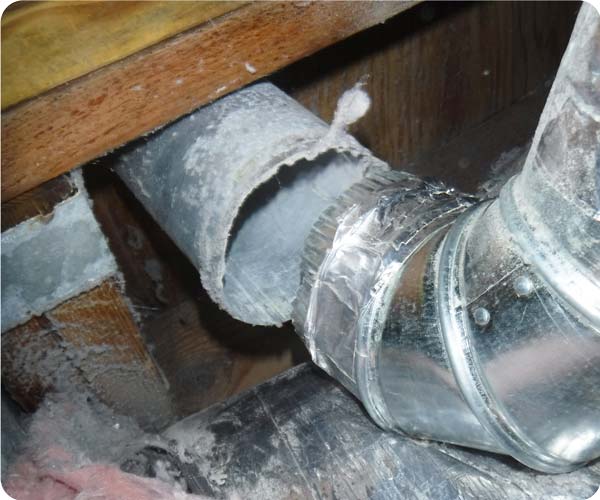 How about the ducts beneath the house, in the attic or in the walls? Are they connected at the joints? 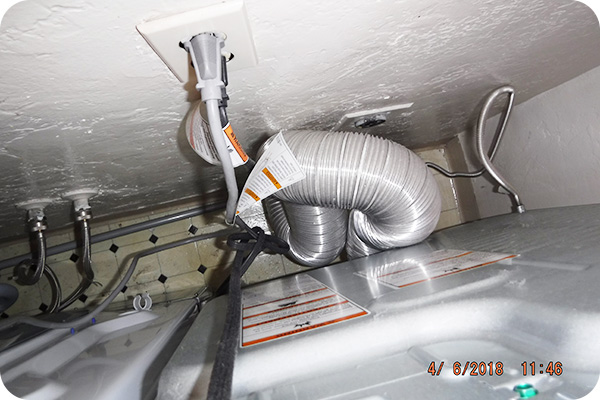 Is the flexible connector hose kinked? A kinked hose restricts the air flow and will damage the dryer! 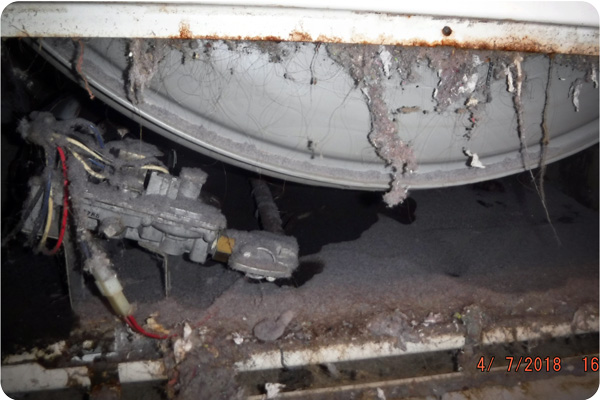 Is the chamber beneath the dryer drum loaded with built up lint? While technically not a part of the “exhaust vent”, it needs to be cleaned out. Not only is it a fire hazard, it will damage the dryer and your clothes will take forever to dry! 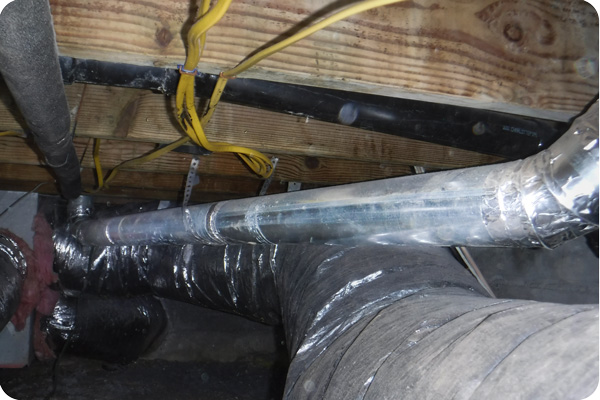 Is the main portion of the exhaust duct rigid? Per building codes, the main dryer duct should be rigid and properly secured; the flexible part is only to be used to connect the dryer to the main duct. 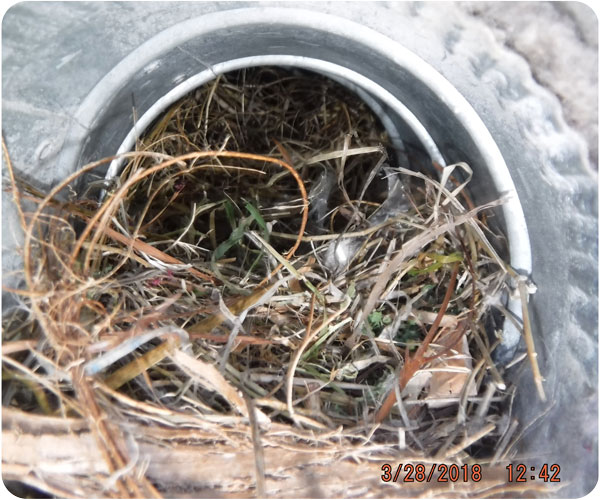 Have animals decided to make a home in the duct? Critters tend to gravitate to warm areas, another reason to use rigid ducts. 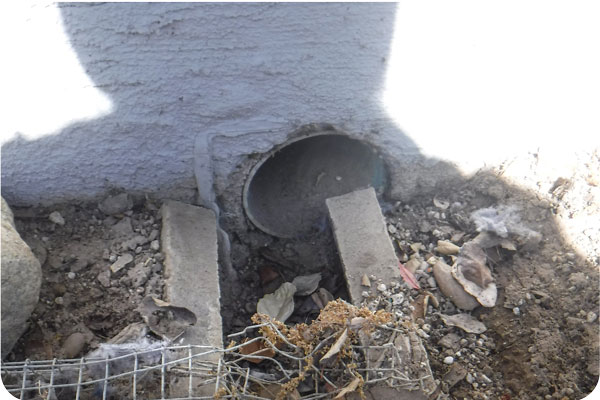 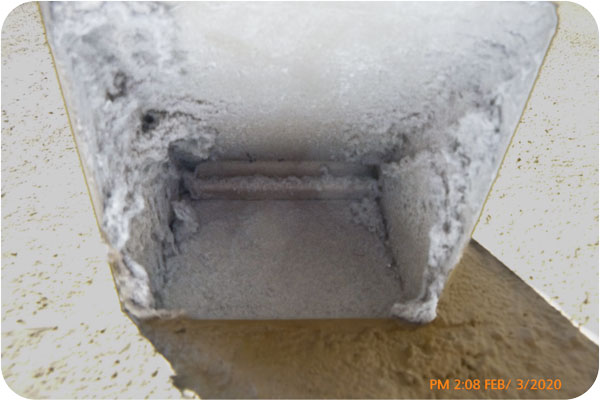 Is the discharge protected from the elements and animals, but still allowing the free flow of air from the dryer? Does the gravity damper work? A discharge below ground level will periodically get flooded. A filthy dryer duct will cause the gravity damper to fuse shut totally blocking any air flow. 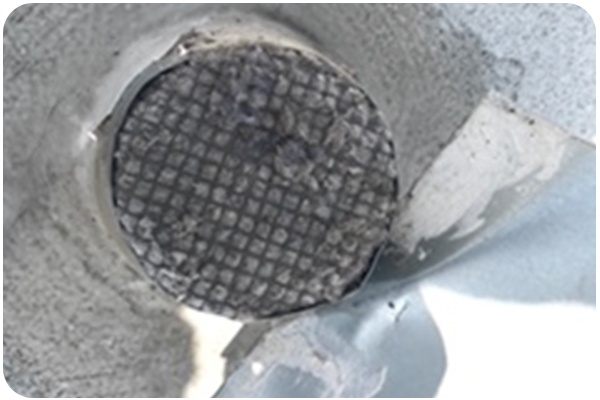 Is the discharge covered with hardware wire? If so, it will clog up in no time at all. Don't use hardware wire! 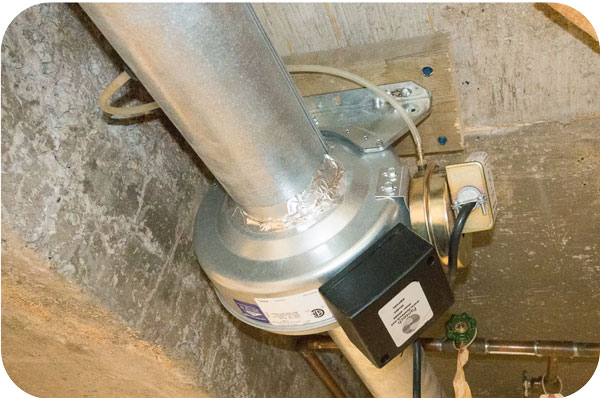 Is the discharge more than 25-30’ from the dryer? If so, a proper booster fan should be installed. 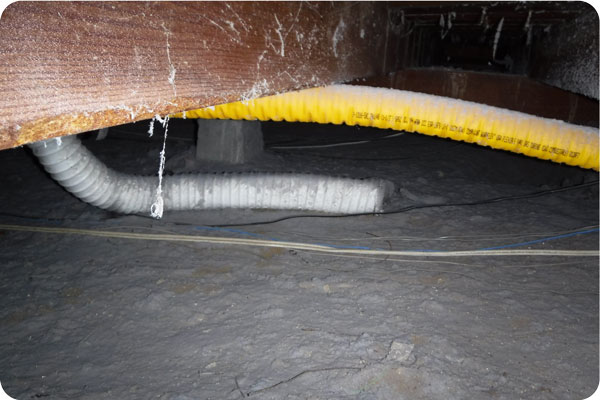 Is the duct actually discharging to the outside? We’ve seen them simply dumping into the attic or crawlspace, This lint laden crawlspace is a powder keg waiting to ignite.

And some things are simply beyond words. 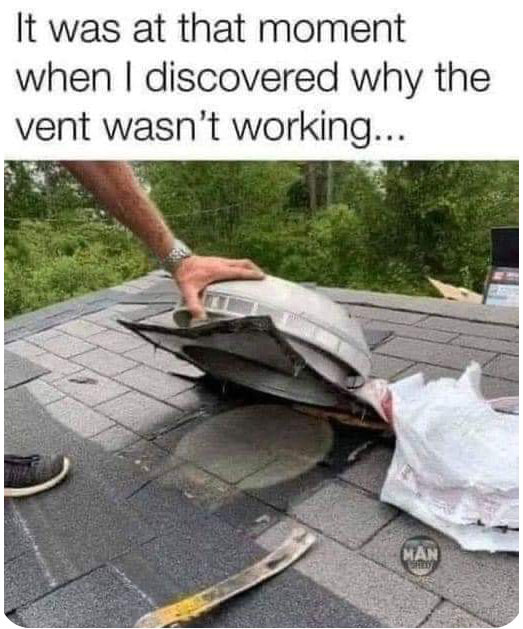 For something as simple and innocuous as a dryer exhaust vent, a ton of things can be wrong from poor installation to neglect to heavy footed cable guys. But most of them are easily remedied. The biggest offender by far, though is letting the lint trap and exhaust duct get clogged up with lint.

If you keep 'em clean, those clothes will dry and the appliance will last.