The human body is able to process a lot of substances that are not helpful and for which it has no use. This is the case no matter what portion of the body happens to be the entrance point. Ingestion, inhalation, absorption through the skin or any less mentionable body cavities, it makes no difference. An initial small dose might be sufficient for it to be determined a poison or it might require a much larger dose or repeated doses to do damage. 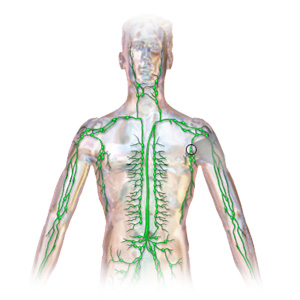 Mold spores, for instance, are everywhere. Most of us are exposed to hundreds or possibly thousands of spores every day. Virtually any mold type can be allergenic to certain individuals. Even a relatively small exposure to potentially toxic or even pathogenic molds can be dealt with by a competent immune system. But even a functional immune system can be overwhelmed with a heavy dose that now becomes a poison.

Parasites can enter the body and possibly exist in the body for long periods of time. The more successful the parasites are at proliferating and reproducing, i.e. the more parasites that draw sustenance from the body, the sicker that body becomes. After a certain point, the body dies. This directly applies to pathogenic molds, bacteria or viruses. In the beginning, if a person is exposed to a large number of viable spores or cells from the pathogen, the more likely it is that many colonies will form. The more active the colonies in the body the faster the damage is done and without intervention, the body sickens and might eventually die.

Most people do fine having a few alcoholic drinks. With too many drinks there might be embarrassment or excuse making the following day accompanied by a headache and nausea. Nearly every year we hear of a college student dying after “binge” drinking.

It has been shown that even water ingested in very large quantities can kill you. This happened when a radio station had a contest to see who could drink the most water in a specified amount of time. The winner of the contest died. I believe the cause of death was “acute water intoxication.” Apparently too much water can throw electrolytes out of balance and can result in cardiac problems and/or neurological complications without timely intervention to resolve the imbalance. 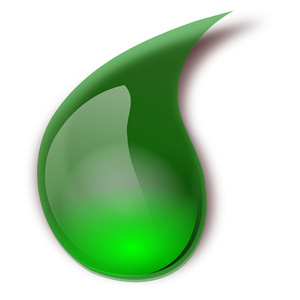 There are wide varieties of chemicals that have “exposure limits.” This is tantamount to an admission that the body can tolerate a certain amount of this particular substance, but beyond that level, it is acknowledged that damage is being done. The body is being poisoned.

If you are living in a moldy or moist environment and exhibiting no symptoms, count your blessings. If you are surrounded by furniture or other materials that are emitting potentially harmful volatile organic compounds (VOCs), formaldehyde or other aldehydes, you might be happy as a lark now, but singing a much different tune in the future after the body absorbs sufficient quantities to produce harm and exhibit symptoms.

Of course, there are a number of factors that affect a body’s reaction to toxic exposures. The major factor is the state of the immune system. The greater effect will be suffered by those with underdeveloped or compromised immune systems. Age, the general state of health and in particular being an AIDs victim or transplant recipient are all factors relevant to harm created by exposure.

As we age and our immune system fades, it could be possible for previous exposures to make return visits. The most likely return visits would be from microbial, i.e. fungal, bacterial or viral infections. When the immune system is functioning effectively, a microbial infection might totally be eliminated or it could be merely kept at bay. Essentially the infection might still be present, but at a very low level, being heavily suppressed by the immune system. So this infection is not able to expand to the point of doing any real harm. As the body ages, the immune system becomes less effective allowing the infection to grow. Without reinforcements, i.e. antibiotics or other toxins that might be lethal to the microbes, the infection could consume enough of the body or produce sufficient toxins to result in illness and ultimately in death. Certainly, as we age, previous exposures should not be overlooked as potential causes of illness. 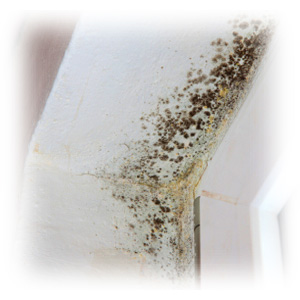 Dealing with mold in your environment is like most problems in life. It is easier to solve while it is small. It can be easily cleaned up and exposure is manageable. If allowed to grow out of control, clean-up becomes a major project and the dose moves much closer to poison.

Excessive moisture or water intrusion episodes should be addressed in as timely a manner as possible. This includes any “grey water” or “black water” events that could include contamination with microbes and toxins including both bacteria and mold. “Greywater” is drain water that does not include bathroom waste. “Blackwater” is bathroom waste, specifically from the toilet. Timely clean up with appropriate personal protective equipment is needed is the best course of action for limiting exposure to a harmless or less harmful dose.

So indeed the dose does make the poison regardless of when and how the toxic or lethal dose is administered.