Whether you are an owner/property manager or a prospective tenant, there are actions that should be taken to help prevent problems immediately and in the future when preparing a space to attract a new tenant.

An owner or property manager is likely to have the suite or building cleaned and painted after the current tenant moves out. Replacing the carpeting or at least having it cleaned and shampooed is also likely. Sometimes there are odors left over from the previous tenant and the painting and new carpet odor might cover it up. But what if it re-emerges after the volatile organic compounds (VOC) odors from paint and carpet have dissipated?

Cleaning might eliminate odors, but depending on what they are odors might be so entrenched that even very thorough cleaning might not do the trick. One of the biggest culprits, cigarette smoke odor, does have a tendency to linger. One of the first observations likely from a prospective tenant could be noticing an unpleasant odor. If the odor can be identified it might open the door to dealing with it. Obviously, a sewer odor can be tracked down, if not by a plumber then by a professional specializing in locating sources of unpleasant odors. Some odors become absorbed by walls, ceiling tiles or any porous or semi-porous materials. This makes the odors very difficult to remove. 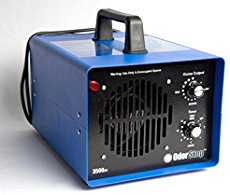 Ozone is very good at removing odors. Oxygen is O2 or two atoms of oxygen linked. Ozone is O3, so it has an additional atom of oxygen. That additional atom is easily given up and combines with odorous materials altering them and thereby removing the odor. Caution must be taken when using ozone in that it can be irritating and even damaging to the lungs. The amount of ozone generated should be determined according to the size of the area to be addressed. The generator should be set up in the location to be addressed and turned on. Immediately vacate the area! Doors and windows should be closed. The machine should run with no one present for 24 hours. Turning it off would involve moving swiftly into the area and turning it off. A lot of ventilation should be used to flush out the ozone. The area should be ventilated for hours before any occupancy. 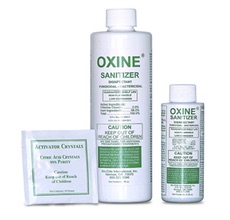 The HVAC system(s) are infused with the lifestyle of the previous tenant. I generally recommend that HVAC systems should be completely cleaned every five to eight years based on use and their environment. I also recommend that they are completely cleaned whenever an occupied building or residence is taken over by another occupant. Cleaning should be done to National Air Duct Cleaners Association (NADCA) standards including sanitizing the coils with an EPA registered product such as Oxine. Any torn fiberglass liner should be repaired and coated with a sealant designed for use in HVAC systems. Any deteriorated or microbially contaminated fiberglass liner should be removed and replaced with a non-fiberglass liner such as Reflectix. That this is being or has been done should be promoted to the new or prospective tenant as a selling point. This should be done after the build-out is done and in coordination with the environmental deep cleaning. (See below) 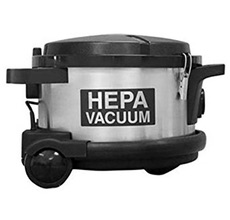 After the build-out, the area should be environmentally deep cleaned. This consists of a thorough vacuuming of all surfaces (floors, walls, and contents) using HEPA (High-Efficiency Particulate Air) filtered vacuums. Vacuuming should be followed by a wipe down of hard dust collecting surfaces (not electrical or fabric) with damp cloths. Removing walls and putting up new ones involves creating a lot of construction dust especially including all the sanding of new walls. This activity not only contaminates the area where the work is being done, but it also potentially contaminates the HVAC system. Covering HVAC return vents with plastic sheeting is helpful, but might not be definitive. This is why deep cleaning and cleaning of the HVAC system(s) must be coordinated. Construction dust is an irritant that affects skin, eyes and respiratory system. Even relatively small amounts can have adverse effects on ,particularly sensitive individuals. These actions might add the expense to the process of bringing an occupant into a property, but especially for a lease of five years or more, it is likely to pay off in terms of tenant satisfaction and peace of mind for both tenant and management.