“I’d like to see your Hazard Communication pack,” the man asked the project foreman. Many, if not most foremen would have stammered, fumbled around and immediately started thinking about how to explain this to his boss. Or he might have said, “My what?”

But Jorge Villela, foreman for Machado Environmental for nearly ten years, calmly reached over to the edge of the table, picked up the pack which had been holding open a set of blueprints, and handed it to the man. The man turned out to be a safety and hazard inspector for the City of Los Angeles. He looked it over carefully, flipping through every page of the MSDS pack, nodded, and handed it back to Jorge who was managing a very large HVAC cleaning project at a prominent city building. The inspector went on to explain that he had received a call complaining of an “odor” and the caller had been sure the “duct cleaners” caused it. He opened each jug and pail of the various cleaning solutions, coatings and glues ensuring the proper MSDS for each were in the pack. 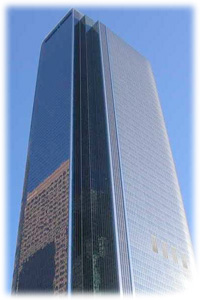 Jorge then showed the inspector the personal safety kits belonging to each of his crew members. They were neatly lined up next to the tools and equipment. The inspector found inside the kits: gloves, respirators, safety goggles, and various other items and again he nodded. He saw the fire extinguisher, lockout kit, the equipment, and tools in good order and repair. He saw the uniformed crew members just coming back from a break and watched them don their respirators and safety gear. He checked the repair of the ladders, power tools, and drop cords. He looked into some of the ductwork being cleaned.

He had seen enough.

He then told Jorge that he found absolutely nothing to find fault with and went on to say that this is the first time he wasn’t met with a snarl and a host of violations. Don’t worry, I’ll handle the complainer he assured Jorge.

Sound like a fairy tale? Not when you consider that the inspector then made a full report to the prime contractor of the project – the company who hired Machado Environmental to do the HVAC cleaning project. A prime contractor’s worst nightmare turned into a dream come true. Once again, Machado made the prime look like a genius.

It often happens. At a college in Long Beach, the inspector showed up, took one look and said, “Oh! It’s Leo (another foreman for Machado)! I’ll look, but I know I don’t need to – I know he did it right.” And again, the prime contractor ended up looking better for having hired Machado.

With us, it isn’t enough to simply “do the job right”. It’s our aim to make the prime look good and give that “extra” that lets the customer know he has gotten more than he paid for.